Yesterday, my son Grady and I had the great privilege of visiting The Mansion in May, an amazing designer showhouse in Peapack-Gladstone, New Jersey. The home selected as this year’s designer house is called Blairsden.

A lovely shot of Grady smiling in anticipation, as we arrive at Blairsden.
What a stunning masterpiece of architecture and design!

Constructed between 1897 and 1903, Blairsden was the magnificent country home of the family of C. Ledyard Blair, a New York financier, sportsman and commodore of the New York Yacht Club. Blair was a grandson of self-made multimillionaire, philanthropist and Princeton University trustee and benefactor John Insley Blair, who made his fortune in mining and building much of America’s railroad system.

The front entrance to Blairsen is misleading, since this is the ‘small’ side of the home. I’ll share images around the corner in a moment.

Hailed as a feat of design and engineering, Blairsden is one of the finest examples of Beaux-arts architecture in the United States, a remarkable fusion of architecture and landscape design. It is a masterpiece of the renowned and influential New York architecture firm of Carrère and Hastings, which also designed the iconic New York Public Library and the Frick mansion, now museum, in New York; the original United States Senate and House office buildings in Washington; as well as commercial buildings, libraries, academic structures, churches, and theaters in America and beyond. The firm was also noted for its country and urban residences for many prominent American families, including the du Ponts, Flaglers, Harrimans, Aldriches and Sloanes. 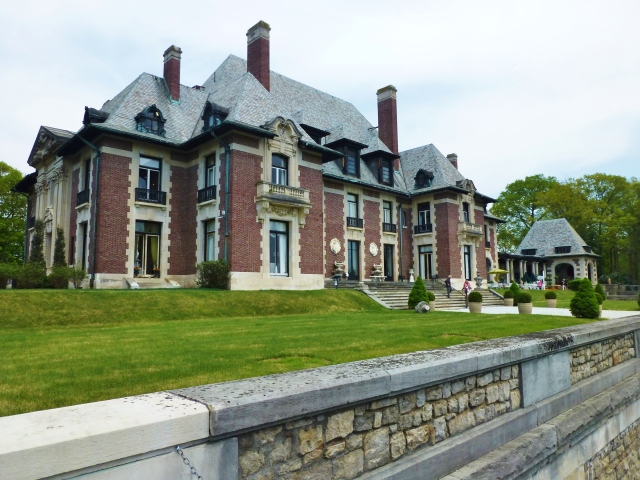 As you turn the corner, the magnitude of the house is revealed. Notice all the chimneys–there are fireplaces in most of the rooms.

Ledyard Blair occupied Blairsden until his death, in 1949. The 500-acre estate was then divided up, with the mansion sold to the Sisters of St. John the Baptist, who operated it as a retreat center. In 2002 the home returned to private ownership. It is currently on tour throughout the month of May as a designer house benefit for the Women’s Association of Morristown Medical Center, with proceeds allocated to an Expanded Pediatric Intensive Care Unit & a new Autism Center.

You can find out more info on visiting this amazing designer house and gardens by heading over to their website: http://www.mansioninmay.org/

I’ll be sharing a lot more about this amazing mansion and its transformation in future posts. I’m so happy to report that I was allowed to take photos inside the stunning rooms of this designer house. Since there are 52 designer spaces and 7 landscape areas, I managed to get tons of fantastic images. So I have LOTS to share with you about the transformation wrought by all the extremely talented interior designers and artisans!

Until then, please feel free to share or comment, I love to hear from you. And tell everyone you know about Kristine Robinson’s Blog…I need all the friends I can get! 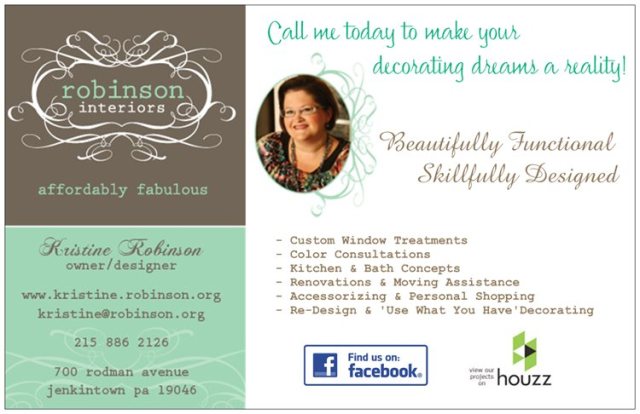 One thought on “Best Designer House EVER!!”